Being Visible in Public Space: The Normalization of Asymmetrical Visibility 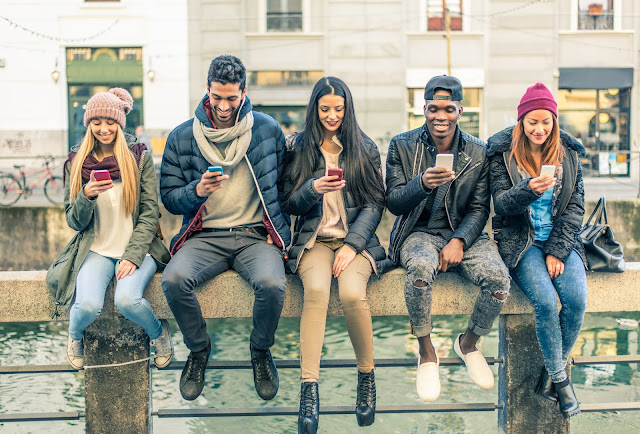 When and where do we choose to share information about ourselves? How do we perceive public space and virtual space? How these perceptions influence our practices of ‘seeing and being seen’? These are the key questions in this paper, which aims at better defining the idea of visibility, seen as a practice that constitutes forms of noticing, managing attention, and determining the significance of events and subjects. In this paper we argue that the notion of visibility is influenced from the dynamic – of data collected vertically ‘in the name of public safety’ (i.e., top-down surveillance and ‘smart’ data centres) and data being shared horizontally ‘in the name of democracy’ (i.e., through individuals’ social networks) – which contributes to a sense of ‘being exposed’ in public space. This sense or condition normalizes practices of sharing and thus contributes to the norms of personal data exposure. It is important to note that this vertical-horizontal dynamic is not a dichotomist condition but should be seen as a set of juxtaposed methods of information collection and sharing that enhances Asymmetrical Visibility and contributes to its Normalization.


Seeking to understand the condition of visibility in public and, in particular, the manner in which visibility is activated and perceived by the self, the focus of the paper is on behavioural practices and the sharing of data in different social settings. We show that individuals are aware of the varied meanings of the idea of visibility when appearing in public and sharing personal information. Indeed, the practice of sharing information is not a new phenomenon, but the new technologies have transformed this practice for many.

To collect the quantitative information, an Android application called Smart-Spaces was used that combines smartphone-based surveys with online tracking of locations and phone application usage. The Smart-Spaces application was installed for 20 days on the phones of students at Tel Aviv University, during which the participants answered context-based surveys during their daily routines. Each participant was interviewed before and after the instalment of Smart-Spaces. Our quantitative findings show that there is a correlation between the type of space and the willingness to provide information, with high willingness to share one’s location and other information in public spaces. In summary, the proportion of places that are considered public is closely correlated with the number of people nearby. Essentially, a ‘public’ place is a place with many people, even if it is a closed space. In association with this finding, it is not surprising to find that people are less likely to share their locations when they are with friends, and they are slightly less likely to share their locations when they are working. However, what is surprising is the broader picture. As a whole, the participants were not bothered by sharing slightly more than 73% of their locations. Thus, while there are differences between sharing preferences in different types of spaces, these differences are weaker compared to the overall willing to share all locations. Our qualitative findings show that the participants see convergence between the online and offline worlds. For most of the participants, exposure and practices of visibility are an integral and major part of daily life, both in public and virtual space.
Acknowledging that we live in a technology-based society and that individuals have more tools to manage and ‘show’ themselves in public, the question becomes how the practices of collecting data through location-based technologies change not only users’ perceptions but also public space itself. The question is not so much whether public space as experienced today and monitored is still public, but rather what are the lenses through which we need to look at it. As this study showed, the self in public space is (willingly or not) becoming an identifiable subject.