Home of last resort? Fighting over land in Kibera’s Slum

Kibera, one of Africa’s largest slum settlements, is not a pleasant place to live. Like many informal settlements in Kenya and elsewhere, it lacks access to basic services and infrastructure. Tiny, dilapidated shacks crowd together amidst narrow dirt alleys that turn to mud when rains come. Limited access to sanitation and garbage disposal result in an unhealthy environment. Yet, the legal rights to Kibera are intensely contested, both among the communities living there and on the national political agenda. In particular, the Nubian community, Kibera’s original inhabitants and today a shrinking minority within the slum, have for decades fought for the right to the land. Why is Kibera so important? How has the Nubian community’s struggle affected their relationship with other groups living in Kibera?
These questions led us to analyze the Nubian community’s pursuit of an ‘ethnic homeland’ in Kibera, Nairobi. Our analysis shows how the land question has over time become closely intertwined with claims to identity and citizenship. In turn, this has made the conflict more complex and difficult to manage. More broadly, our research contributes to an understanding of how identity-based groups compete for land and opportunities in urban slums, and how such conflicts interact with urban governance and politics. The developing world is rapidly urbanizing, and when this urbanization takes place in countries where group identities are strongly politicized, these questions become urgent and highly policy-relevant.
The Nubian case highlights how, in countries such as Kenya, land is at the center of citizenship, belonging and political rights. The Nubian community, and their settlement Kibera, originates from Sudanese soldiers who came to Kenya in the service of the British during colonialism. Following Kenya’s independence, the Nubians adopted a narrative of being a distinct tribe with Kibera as their ethnic homeland. This made sense in the context of a political system closely connected with ethnic identity, and unlike other groups, the Nubians had no other place to call home within Kenya. In the words of one of our interviewees, it is their “home of last resort.” 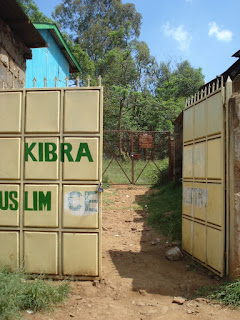 Figure 1. Kibera hosts the Nubians’ main burial site that increases its symbolic importance and it is used to reinforce the community’s claim to the land (Source: Emma Elfversson)

While the struggle for an ethnic homeland made sense in the context of Kenyan national politics, it had negative implications for the interactions with other communities living in Kibera. As other communities living in Kibera increased in size, and the settlement became an important electoral mobilizing ground, intergroup tensions grew and have erupted into intense violence on numerous occasions. At the same time, the land has become increasingly valuable, due to its location close to Nairobi’s center. However, for the Nubians, the value of the land is also symbolic for cultural and political reasons: the aspiration to a communal land title is intertwined with claims to be recognized as a community with a legitimate right to belong in Kenya.

Our analysis also shows how institutional uncertainty – the existence of numerous and overlapping formal and informal institutions to which people turn to manage conflicts and pursue claims – has complicated the conflict over time. Promises made by certain agencies may lack legal authority or contravene interests closer to the center of power. More profoundly, given the Nubian community’s minority status, their political weight is small. One interviewee referred to the Nubians as a ‘step child’ of political patrons, who will prioritize the interests of their own community first.
In summary, the Nubian case illustrates how urban land conflicts can become very salient and complex. Urban planners must consider the challenges of political, symbolic and identity-related aspects of land in order to achieve sustainable urban development and reduce the risks for conflict.